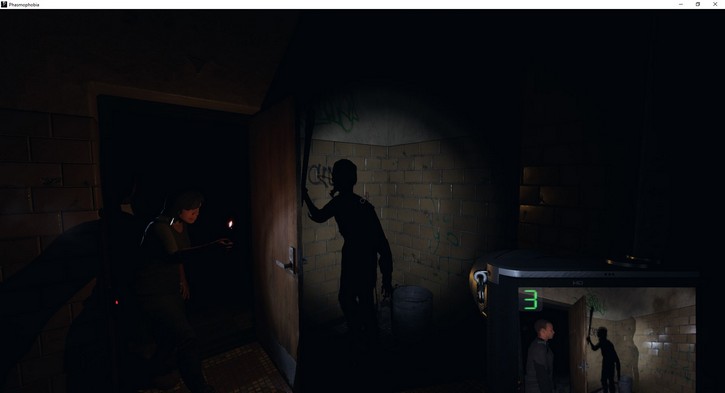 This mega guide will aim towards teaching you the advanced mechanics you need to know to be more efficient in investigating what type of ghost you are dealing with. There will also be an advanced cheat sheet for you to look up so you do not have to flip pages through the journal to be faster.

Your main objective every game should be identifying what kind of ghost type you are dealing with. You should rarely focus on optional objectives in the early game and you should think about it after you have your setup ready anyway.

This will be your all-in-one journal for gathering evidences including things you can look out for to quickly confirm which ghost type you are dealing with because some of them have key giveaways where they can be immediately identified even without the evidences listed.

If you have at least two evidences, you should write them down and deduce the things you need to investigate on. If you already confirmed that it is spirit box and EMF level 5, your only choices are Oni and Jinn. So you will only need to check for ghost writing and ghost orb to confirm instead of everything else.

All the Tips and Tricks You Need to Know

The ghost’s name can be found written on the whiteboard at the start. Calling out the ghost will anger it and raise its activity level. This is a great way to induce the ghost into communicating with you on the spirit box. Try calling out its name before asking a question on the spirit box and it might take a few tries to confirm it.

You can also call out the ghost’s name if you want to anger it and let it start the “hunting” phase. Make sure you know where the location of the ghost is and where to run. You can lure the ghost to a crucifix and stop the hunt immediately. This is also a common optional objective.

If you have no reason at all to call the ghost’s name, avoid using it all times. If the ghost you are dealing with is a demon, it can start hunting early even if you still have a decent amount of sanity.

Spirit box in the early stages

Most players are afraid of communicating with the ghost but it is not that dangerous as you might think. The spirit box only confirms that the ghost is near your current vicinity and the ghost can even respond if the two rooms you are in are close to each other.

Use the smudge sticks to help get more evidence

If you still want to see more evidences in the room and the ghost just keeps hunting when you go near it, use a smudge stick and throw it into the ghost’s location. You can check for ghost writing and freezing temperature since both of these sometimes get missed a lot because you need to increase activity for it to show up especially the freezing temperature.

In most cases, freezing temperatures can be seen immediately but you can never rule it out early if the ghost’s location is just hovering around 1 to 10 degrees Celsius.

The ghost somehow listens to your local voice chat while playing. During hunts, just remain silent at all times. It tends to chase noises and it also depends on the type of ghost. If this is a banshee, it will not matter at all since the banshee already has a set target to kill.

You can put the video camera on shelves and other high places so you can get a better view even without the use of a tripod. There is also a trick where you can use the tripod outside the house and aim it towards the window. As long as it is the ghost’s room, it will be the safest way to set up the video camera.

When you start exploring areas like the high school or the asylum, you need to be efficient on which light switches to turn on. Even if you are brave, you should open lights when exploring because it reduces your sanity drain. You just need to remember to switch it off if you are finished investigating that particular room.

This is the best way to track a ghost’s location in a large haunted map like the high school or asylum. You need to use sound sensors and have it cover a large area of the map. Once you have the sound sensors, ask for the ghost to give you a sign and have someone monitor the van for sounds.

The sound sensors will appear on the map inside the van. You will be able to see its whole coverage and having multiple sensors will help you look for the ghost in larger areas by tracking them in the van through sound.

Ouija Board for hunting the ghost

The Ouija Board can help you locate the ghost’s exact location just by asking it. As long as you are efficient with your questions like asking “Where are you?”, you can pinpoint where the exact location of the ghost is, assuming that it responds. You can learn more about the Ouija Board here.

Throw all your equipment at the entrance

To be more efficient, you can save time from going back and forth from the van and the building by throwing everything near the entrance at the start. This will save you time for the setup phase on intermediate and amateur difficulty. In professional difficulty, it will save you time in general. You will not lose all of these equipment as long as you do not die.

Utilize all the cameras

This is mainly for gaining more money than finding evidence. Take pictures of all the interactions the ghost is doing. This includes fingerprints, voodoo dolls, EMF Level 5, bones, dirty water and the ghost itself. This will help you maintain your money if you get unlucky and die with all your equipment.

Listen to the short heavy footsteps

Every now and then, you will hear short heavy footsteps. This will most likely be the ghost being active and moving. With a keen sense of hearing, you can notice which direction it is coming from and the ghost’s location is most likely near you already.

You can check out more tips on the checklist you need to complete before leaving. Remember to play your own style and how you want to investigate. These are just all the information you might have missed to help you become a better ghost hunter. 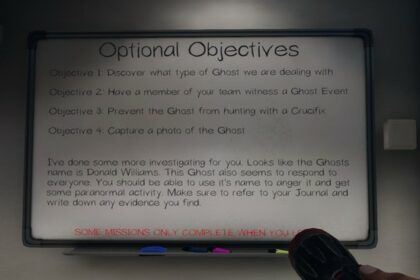 How to Leave in Phasmophobia 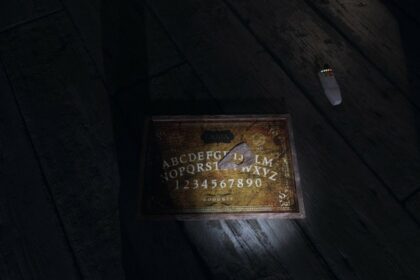 How to Use the Ouija Board in Phasmophobia 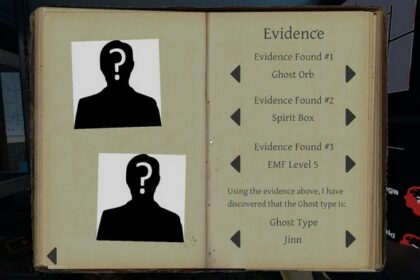 How to Write in Your Journal in Phasmophobia