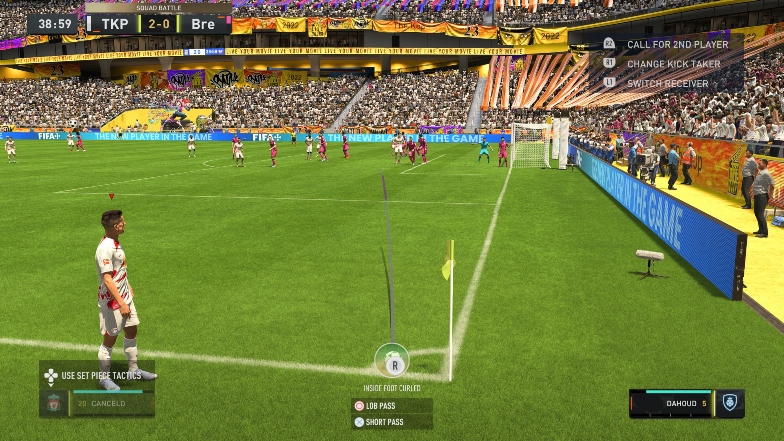 Set pieces are a great way to score in FIFA 23, be it corners, free-kicks, or even throw-ins.

You do need a bit of practice to find the best ways to score from various positions and with different players, But, once you get the hang of it, these set-piece opportunities can be nearly as good as getting a penalty.

Usually, if you have a few tall and strong players attacking the ball in the opponent’s box during corner kicks, you have a decent chance of getting a goal as long as you aim the ball well.

However, if you’re feeling adventurous, you could try to go for a direct corner-kick goal. It’s much harder to score this way, and you need some luck to pull it off, but it is definitely doable.

Read on to find out how to score direct from corners in FIFA 23.

In FIFA 23, players are constantly looking for weaknesses in the game’s code to find overpowered defensive and attacking moves. One such move is bringing your goalkeeper off his line when defending a corner.

The reason for doing so is that it significantly reduces the chances of your opponent getting a player on the end of the cross to score, as the keeper would be in a good position to claim the cross easily.

However, if you’re the one playing the corner and you notice that your opponent is using this defending method, it is a great opportunity for you to try and score a direct corner goal.

A direct corner is much harder to score in FIFA 23 when the keeper is on the goal line.

If you want to give yourself a decent chance of scoring a direct corner-kick goal in FIFA 23, there are three things to pay the closest attention to when it comes to choosing your corner-kick taker.

One is the preferred foot of the player. Since you will be going for the inswinging corner, you want to make sure that the player’s preferred foot aligns with that, depending on which side of the goal line you’re kicking from.

The inswinging corner is when the ball curls toward the goal, instead of away from it. With FIFA 23’s set-piece system, you can easily identify this with the ball trajectory line that is displayed before you play the corner.

Secondly, you want to choose a player with the right amount of power in his/her kicks. If you choose a player that has too much power (say 90 or more), there is a good chance that your corner will be overpowered and fly right out of play if you attempt to score directly.

I recommend using a player with an 85 rating for power, give or take a few points.

Thirdly, the player should also have the right amount of curve in their kicks. Again, find a player that’s not rated too high or too low in this area – 85 is also a nice balance in this case.

You need the ball to curl at the perfect time inside the net, and that movement relies heavily on the curve stat of the kicker.

Adjust the Trajectory of the Ball

Now, this is arguably the most important part of the process. FIFA 23’s new system requires adjusting the trajectory of the ball before a corner kick is taken, so this is where you make the ball curl toward the net.

The type of corner required in this case is called a “Direct Power Corner”.

To begin, you need to adjust the aim of the kick with your right stick all the way to the far side of the circle, as indicated in the image below.

This ensures that you achieve the right amount of height on the kick – high enough to avoid players and low enough to stay under the crossbar.

Next, adjust the direction of the kick with your left stick or directional buttons. I recommend moving it to point toward the middle of the 6-yard box.

Finally, long press the cross button. Make sure that you fully load up the shot with all three bars to achieve maximum power and further reduce the opponent’s chances of intercepting the kick with a block or clearance.

In cases where the player has a very high score for power (say, 90 upwards), you can try taking the corner with almost maximum power instead of maximum power.

Cross your fingers and hope that the ball flies into the net!

Bear in mind that this method will not work all the time. As I said earlier on, you still need quite a bit of luck to get the ball to go in, especially since EA has slightly nerfed the direct power corner since the game’s initial launch.

However, these steps will give you the best chance of scoring a direct corner kick in FIFA 23. You can improve your game further by learning how to score free kicks too! 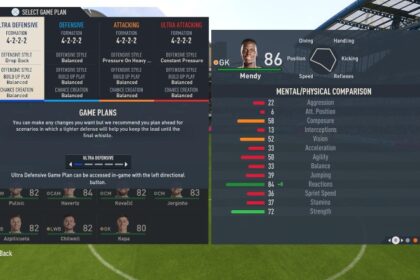 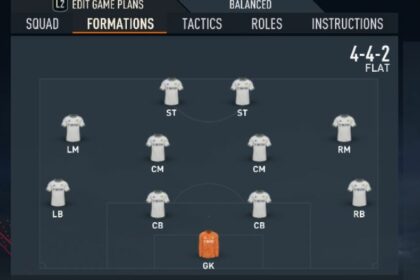 The Best Formations to Dominate Opponents in FIFA 23 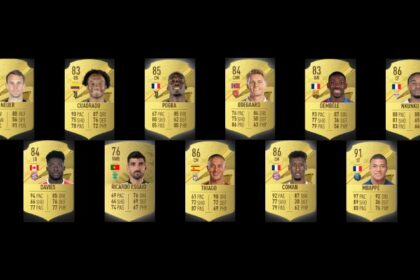 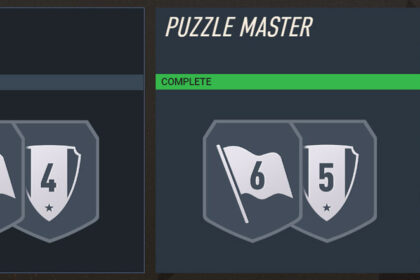 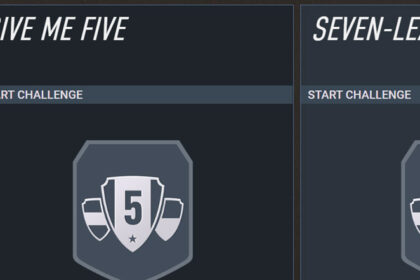 Give Me Five SBC Solution for FIFA 23 (Hybrid Leagues)