An Introduction to Valorant In-Game Terminology 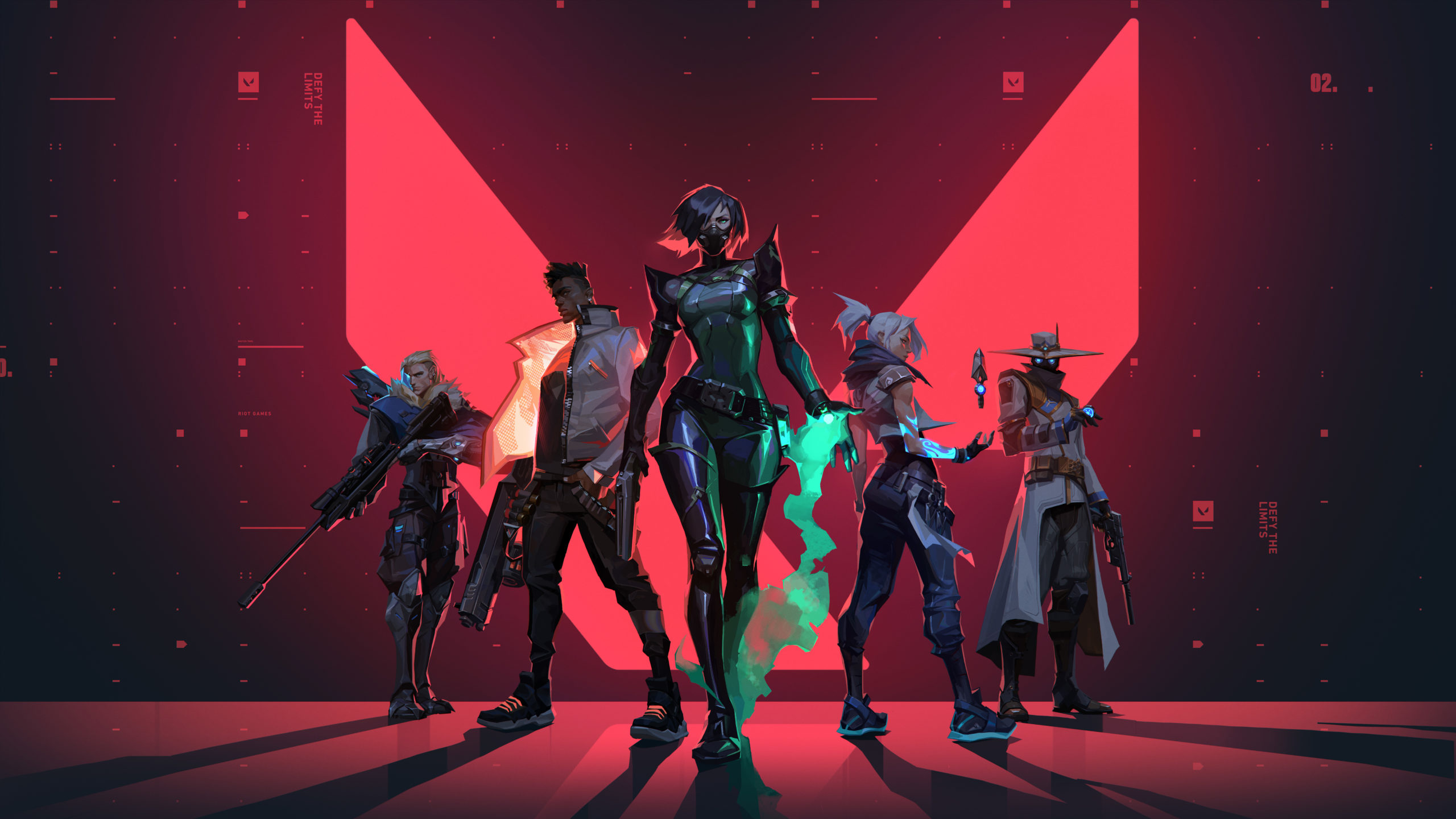 The world of internet shooters has become very sophisticated. The battles have become more heated and players across the world try to gain every possible advantage they can over their opponents to secure a win for their team and become a hero.

Valorant is a highly dynamic FPS made by Riot Games. The game is a mixture of CS:GO’s realistic and robust combat mixed with the whimsy and creativity of Overwatch. This has made the game a battleground for FPS veterans and relative newcomers to the genre, and has created a smorgasbord of in-game terminology that is getting thrown around which can be overwhelming for any new player.

But worry not, as we have compiled a comprehensive list of Valorant’s vast lexicon that you can refer to when you find yourself unable to decipher teammate jargon.

When a single player kills all five opponents. Usually is a compliment.

When one team kills off the other team without damage or deaths.

Used to refer to the Vandal weapon (resembles the fire and damage pattern of AK-47 in CS:GO)

Refers to the Phantom which resembles the fire rate and recoil pattern of the legendary CT weapon M4A1 on CS:GO.

Another name for the operator

This is an attacking command where you use a tested tactic and try to rush the most common bombsite of a map.

Valorant has several walls which show black scorch marks when shot at. These walls can be used to hit enemies on the other side. It is also common to hear teammates say “hookah the wall behind crate at B.” This just means there is an enemy behind the mentioned wall.

Refers to the Ultimate ability of each agent in the game.

A player who chooses to head out on their own in the map and tries to pick off enemies that are rushing noisily. This is a good tactic with agents like Jett and Phoenix who can circle behind enemy lines and launch attacks.

A player who chooses to hold down a spot for the attacking team. Usually along a high-traffic passageway where enemies try to trade and jump through.

One of the most important in-game commands which lets your team know that you will not use all your credits on weapons but rather save them for future rounds.

Killing all your opponents with a cheap loadout of half-buys as a team.

Half-buys denote using around 1500-2000 credits while buying weapons and armour. This helps you to save money and is a form of going Eco, allowing you to splurge in further rounds

Going full-buy when the opponents have less cash trying to secure the round in the pursuit of victory. This is a no mercy approach where your team enforces victory with superior weaponry.

A smurf is an experienced player using a different account to pretend to be a newbie, tormenting players.

IGL refers to an in-game leader. When a player assumes or is given the role of strategist for a round or a game, he becomes the IGL.

When you or your team miss easy kills. You do not want to be a whiffer.

A stack command is used to let your team know to rush a bombsite as a team. This is usually an attacking team command but also used by defending teams who want to overload a bombsite.

Rotate to ‘__’ is a command used when your team runs into danger. This means your team will backtrack and move to a different location on the map to try and attack from a different angle.

When an opponent is weakened by a teammate during a combat exchange but just gets away. One-tap means it’ll only take one more bullet to kill the opponent.

Is a CS:GO term that has carried over to Valorant. It denotes the starting locations of the attacking and defending team.

This is when you let a teammate engage an opponent hiding in a blind-spot. This helps you judge your opponent’s position and allows for easy kills.

A life for a life. When a teammate is killed, make sure the responsible opponent is neutralized. This is known as trading and ensures there are no landslide rounds.

The first kill your team makes.

-The player getting the kill is known as an entry fragger.

Getting kills by picking off attackers leaving the bomb site just before the explosion. Usually when you are the last defender left and you have no hope of defusing the bomb, you wait for attackers to run away and try to pick them off for better weapons  and credits for next round.

The act of going round corners doubled up with a teammate at the same time. One teammate could wide-peek while the other provides suppressing fire. Helps with a coordinated flush of a crowded area.

Repeated quick peaks around a corner to help you judge opponent positions but making you hard to hit. Helpful while playing as a bait too (yes, some people bait themselves for the greater good of the team)

Holding down an area of the map with a teammate but taking two separate positions, possibly opposite each other. This essentially creates 2 targets for the unwary enemy to aim at. This is effective after planting the spike and defending the bombsite.

When you damaged an opponent

When a teammate needs a weapon and is low on credits, they ask you to drop them one.

Going round a corner all guns ablaze. If you suspect that an enemy is hiding behind a wall, you go in shooting. This gives you a chance to give suppressing fire for a teammate behind you or get a kill without sustaining any damage.

If the enemy is following a particular strategy you’ve picked up on, you let your teammates know, punishing the opponent for being obvious.

High ground on a map (above buildings, balconies or boxes)

This is a defensive move where you start defusing the bomb but stop after a couple of seconds. The opponent thinks you are busy defusing and reveals camp position, giving you leverage of a surprise attack.

“I dinked her,” usually means you or your teammate landed shots on the opponent and did a lot of damage.

A teammate usually calls stick when he wants you to keep diffusing while he covers your back or that enemy will not reach the bomb in time.

Line of sight (in plain view)

Planting the spike behind some cover

The usual plant spot on a map

Try to plant the bomb soon and protect the bomb. Attacker command.

Another attacker command. Means you hold position as a team and proceed slowly. This play forces mistakes from opponents as they overcommit and wander too far into your side or stave off from the group and become easy pickings for your team.

Take back control of a section of the map your team held but lost to the opponent.

The act of moving while jumping and strafing at the same time. Faster than normal running, harder for opponents to hit you and also quieter than running flat out.

Holding down an area where you expect opponent traffic

Certain agents like Reyna and Breach can blind opponents with their abilities, works like a flashbang in CS:GO

This extensive list of in-game commands in Valorant will give you a quick overview of the lingo used in the game. Next time your teammate yells, “Wall-bang heaven, lurker inside;” you’ll know exactly what to do.

This list was compiled using a variety of sources and game experience. The list will be updated as the game develops and new patches are launched. 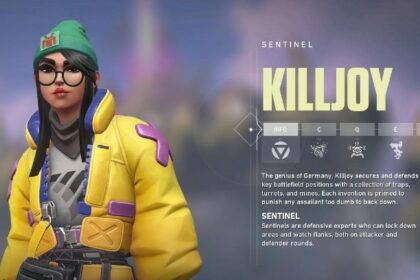 How to Use Killjoy – Valorant Agent Guide 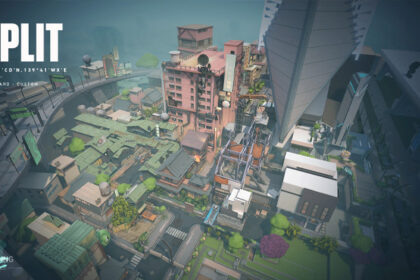 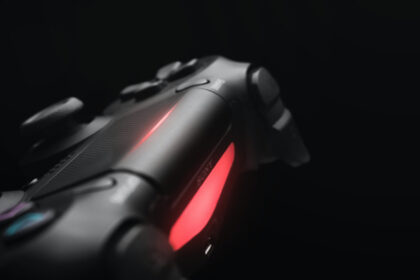 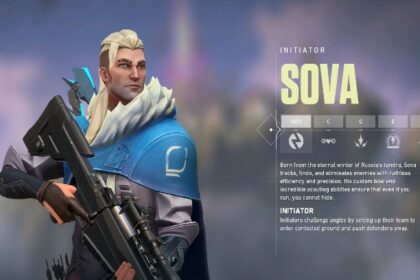 How to Use Sova – Valorant Agent Guide 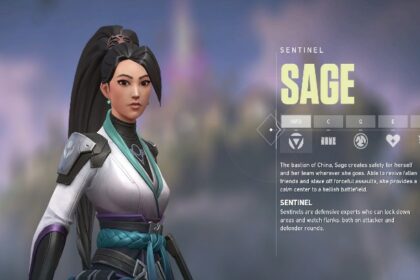 How To Use Sage – Valorant Agent Guide 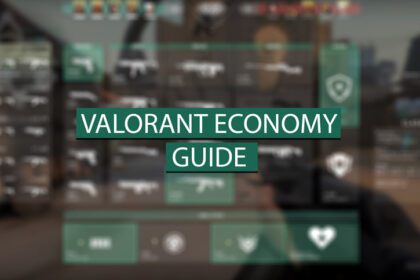 How the Valorant Economy Works: How to Use Resources Like a Pro