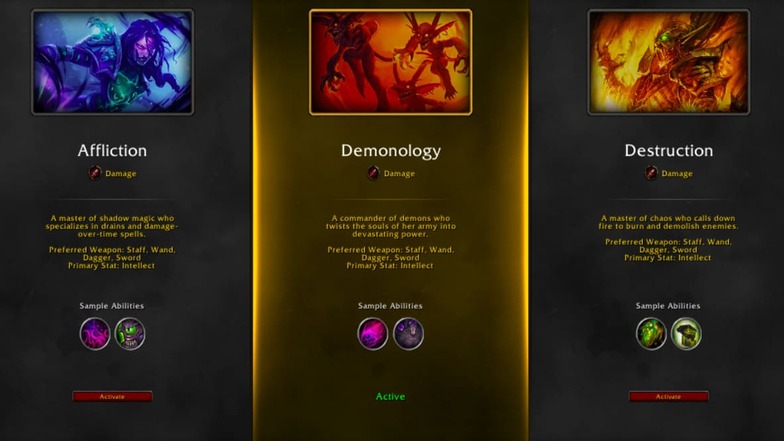 Warlocks are incredibly fun to play as in World of Warcraft.

With demonic curses, Fel magic, and hellish allies, Warlocks have a lot of fans in both the PVP and PVE communities. There’s plenty of folk who’ll be looking at playing a Warlock in Dragonflight, so it’s worth looking at what the best Dragonflight Warlock spec is.

Of course, the most important thing to consider with any spec (or class) pick in WoW is whether you enjoy playing it or not. It’s all well and good picking Affliction Warlock as your main but if you don’t like doing that particular rotation, you won’t enjoy the game. Take these recommendations as suggestions, not prescriptions.

That being said, I’ve gone into each Warlock spec and picked out a recommendation for multiple styles of gameplay, to help you find one you enjoy. These suggestions come from my research and my own experiences as someone who specializes in ranged DPS. Here’s a guide on how to pick the best Warlock spec in Dragonflight.

Do you play a Warlock in World of Warcraft? I’d love to hear your thoughts on my picks for the best Warlock specs, please feel free to let me know in the comments. Warlocks offer some of the most varied and interesting specs in the game, alongside the Mage specs and Druid specs.

To start, the best Warlock spec to pick for solo leveling in Dragonflight is Affliction. While it’s certainly possible to level quickly and easily with Demonology or Destruction as your spec of choice, Affliction offers an immense amount of utility for leveling.

If you haven’t played an Affliction Warlock before, most of their damage and utility revolves around DoT (damage over time) abilities. They have some heavy hitting moves like Malefic Rupture that pair incredibly well with DoTs which make tackling elite mobs or groups of mobs for quests much easier.

Affliction Warlocks also have some great moves that can heal you up during battles, which is always a nice thing to have while leveling alone. Phantom Singularity and Seized Vitality are two moves that I’d suggest getting for your Affliction Warlock talent tree.

With some heavy-hitting damage abilities, plenty of DoTs, and some dual purpose abilities for both healing and attacking, what’s not to love about Affliction Warlocks for leveling? It’s not an overly complex spec to pick up (that doesn’t mean it’s easy by any means, though) and it’s worth trying out for Dragonflight.

The talent trees that Affliction Warlocks have in Dragonflight are ridiculously cool. The Aff Lock talent tree works in harmony with the regular Warlock talent tree, giving the class a lot of survivability and damage potential.

Warlocks are pretty great for PVP in general (check out the most popular Arena comps, you’ll see Warlocks in quite a few of them) and Affliction Warlocks are lethal. They’re particularly great alongside a strong healer like a Restoration Shaman, or can be just as killer paired with another ranged class like a Shadow Priest, from what I’ve seen.

Abilities like Inevitable Corruption and Absolute Demise work brilliantly in Arena matches, making Aff Locks quite annoying to go up against. Combining Affliction Warlock DoTs with the standard Warlock movement and survival skills (namely, Healthstones and Gateways) makes them viable for Arenas.

I’m also a big fan of the pet-related abilities that Affliction Warlocks have. While Affliction is not as pet-focused as Demonology by any means, being able to summon a Darkglare can make all the difference in a tricky battle.

If you’re looking for more specs to play in Arenas, make sure to check out my guide to picking the best Rogue spec in Dragonflight.

While I would argue that you could perform well in Battlegrounds with any Warlock spec, Destruction Warlocks stand out to me as a great choice.

They’ve got some brilliant abilities to help support the BG group (from the standard Warlock talent tree, mainly, like Soulwells and Gateways) but damage is where they really shine. I would describe Destro Lock talents as being simple to pick up but hard to master. They have great single target damage, powerful area damage, and punchy split-target damage.

Being able to summon an Infernal is great for Battlegrounds too, as they can stun opponents and deal a considerable amount of damage, too. If you’re someone who likes to have pets, I’d recommend taking the Infernal Brand talent to get a boost to the Infernal’s damage.

Destruction Warlocks also have other talents that work well in Battlegrounds. The Backlash talent, for example, is brilliant. It boosts your critical strike chance, as well as giving you a chance to instant cast Incinerate every 6 seconds after a physical attack.

All the Warlock specs are viable for PVE to some extent, and they all perform well in different kinds of match-ups and battles.

While this isn’t the most useful recommendation in the world, I would suggest swapping in and out of the Warlock specs in Dragonflight based on the content that you know you’ll be going up against. If you’re in a raid that has lots of single targets, go for Demo. If there’ll be lots of mobs, go for Affliction.

I’d love to be able to confidently declare that one Warlock spec is better than all the others for PVE, but in all honesty, my research and personal experience both point to the specs all being powerful in a variety of situations.

Destruction is the most versatile and adaptable out of the lot, though. It’s the one that I personally opt for in my dungeon runs.

I used to main a Demonology Warlock back in Mists of Pandaria, and I’ve always had a soft spot for the spec. While I’d push PVP and PVE players to consider Affliction or Destruction in most cases, I would always suggest checking out Demo Locks for soloing old raids and farming rare drops like mounts.

Put simply, Demo Locks can take a lot of damage. They’re arguably the tankiest Warlock build, with some truly brutal pets that can help out in old raids or dungeons nicely.

Felguards and Demonic Tyrants are incredibly useful pets to have while playing solo. Demo Locks have some brilliant abilities like The Expendables and Infernal Command that make their pets even stronger, making old raids easier than ever before.

Having the standard Warlock talents like Gateways alongside the Demonology Warlock tree makes soloing past expansion raids and dungeons a lot easier, too. While old content is certainly accessible to all the Warlock specs, I would suggest going with Demonology Warlock as your main spec for pure tankiness, survivability, and great pet options. 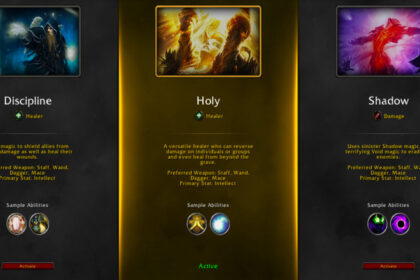 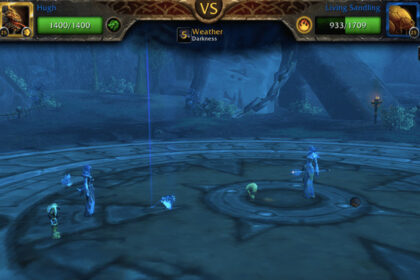 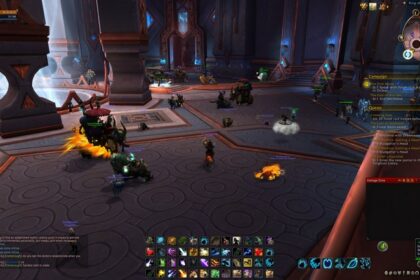 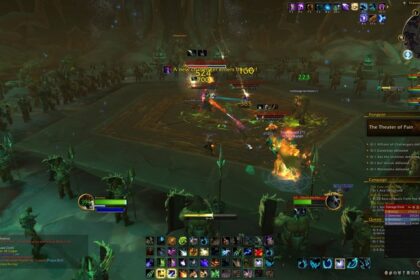 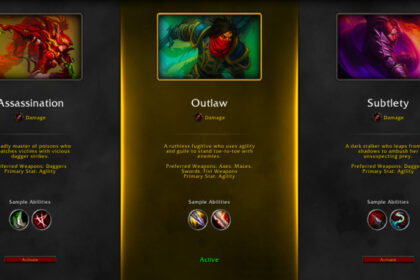 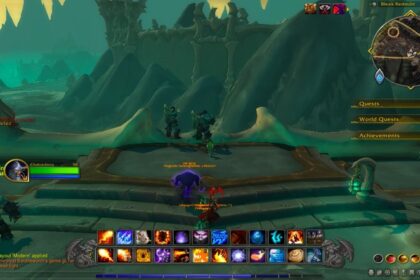