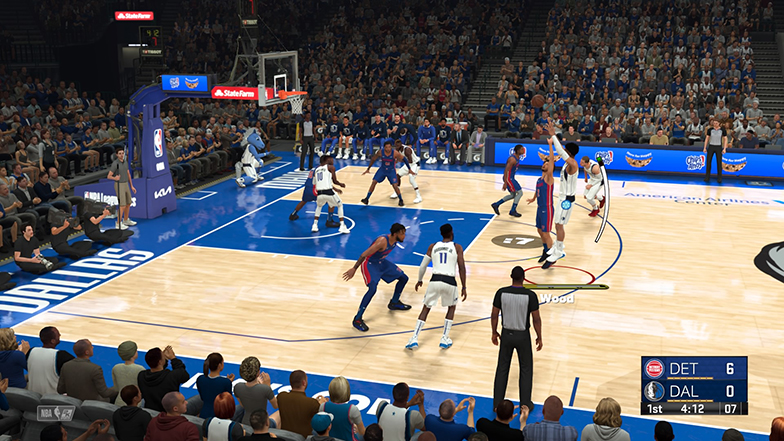 There’s times in a basketball game where shooting a standard layup just won’t get you the job done.

Maybe you’re being guarded by a particularly tall defender who’s got a great angle on you to get the block, or maybe you find yourself surrounded by defenders without a clear lane for you to fully get your shot off.

In both these scenarios, shooting a floater is a great option to still find a way to sink a shot and get points on the board for your team. That’s why in today’s article we’ll go over how to shoot a floater in NBA 2K23.

When to Do a Floater

The main purpose of a floater is to to make it much harder for the defenders to block your shot. This is done by shooting with a trajectory that goes above where the defender can realistically make the block and is most effective by taking your shot from around the top of the key.

The reason it’s effective to shoot from around the top of the key is due to it making the timing and placement of your shot to accurately predict. By contrast, if you were to drive straight to the basket for your shot, it would be fairly obvious to defenders as to where and when you’ll be taking that shot, making it easier for them to put themselves in a good position to swat it away.

Another way to give yourself a better chance of sinking a floater is to ensure it’s being shot by a quick player with good shooting stats, and to that the defender trying to block it is bigger and slower than the shooter.

How to Do a Floater

Now that you’ve learned the ideal time to shoot a floater, all you need to know is how to actually do it.

To learn how to shoot a floater, the first step is to determine what setting your pro stick orientation is on, be it “absolute” or “camera relative”. You can check this by looking at the sliders and settings. From in game, you can pause the game and scroll over to the right to the “options” tab, which will be represented by gears. You’ll then want to scroll down to the third option of “controller settings”. Once there, you’ll scroll down until you see the option of “pro stick orientation”, and you’ll be able to check or change the setting as you please.

The default setting as well as the simplest in terms of the controls for shooting a floater is “absolute”. The setting lives up to it’s name, as the input to shoot a floater will be the same no matter what the context or situation is that your floater attempt will be coming from.

To shoot a floater with the “absolute” pro stick orientation setting, all you have to do is move your shot stick down when moving towards the basket.

On the other hand, shooting a floater with your pro stick orientation setting on “camera relative” is different but still a simple process to learn.

As opposed to moving the shot stick directly down like you would with the “absolute” setting, you’ll instead want to move the shot stick in the opposite direction of the basket as your player is moving towards the basket.

An important factor to consider with both pro stick orientation settings is the location of your player on the floor as you take the shot. If you’re too close to the basket, the game will trigger a normal lay up. To ensure this doesn’t happen you’ll want to make sure you begin taking the shot around the top of the key.

The Best Players to Use to Do a Floater

As previously mentioned, the best players to use to shoot a floater are quick players with good shooting stats, meaning that top level guards will often be your best bet. Some examples include:

While it’s not always the best shot to attempt in every scenario, the floater can be a valuable asset for you once you know when and how to properly utilize it.

Once you’ve mastered the floater, you can add it to your arsenal of shots and techniques to use in NBA 2K23. 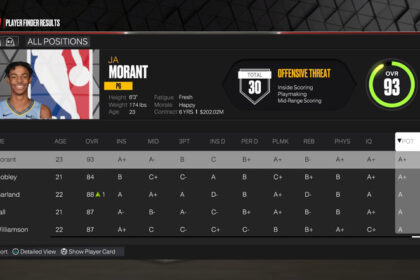 The Youngsters with the Highest Potential in NBA 2K23 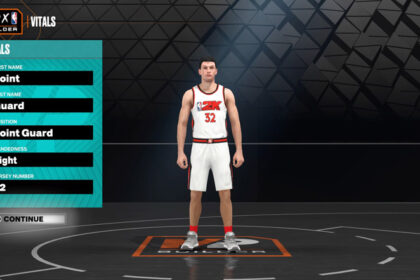 How to Get Your MyPLAYER in MyTEAM on NBA 2K23 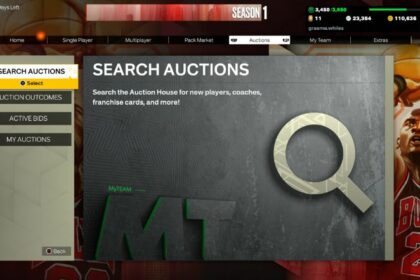 The Teams With the Most Cap Space in NBA 2K23