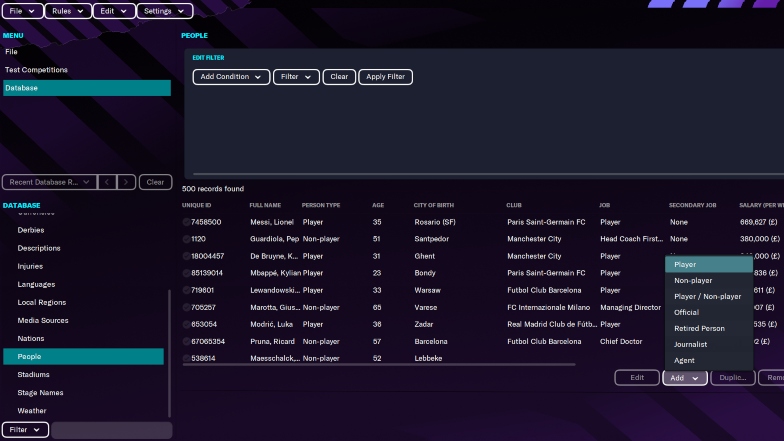 Sport simulation games such as Football Manager provide the opportunity to live out your fantasies in a virtual world based on real-life people and events.

If you want to take those fantasies to the next level, one of the ways to achieve that is by creating your own people, teams, and competitions in the game. The best wonderkids in FM23 can be pretty pricey, so creating your own is a cheap alternative.

Creating your own players in Football Manager 2023 is a fairly simple process, and this guide breaks down that process into easy-to-follow steps.

As is the norm with the official launch of the previous installments of Football Manager, FM23 was released with the pre-game editor free of charge for people that purchased the game.

The pre-game editor includes a ton of options that allow you to make changes to the database. Changes such as the addition of new people (playing and non-playing staff, for instance) provide the option to create new players from scratch, so you can even make yourself a player!

To create a player with FM23 pre-game editor, follow the process detailed in the next section.

First, you need to download the editor. If you’ve already purchased Football Manager 2023 via Steam, then you can access the editor from your library.

In your Steam game library, search for Football Manager 2023, and some results should come up. Under the “Tools” section of the results, you’ll find the official FM23 pre-game editor. Download it and launch the app when the download is completed.

Before you proceed, you need to know that the editor can break your game’s database if used incorrectly. Don’t mess around with settings that you know nothing about and you should be fine.

Next, you need to load the database of the game. You’ll find the option to do so in the top left corner of the pre-game editor. Wait for the database to load completely before proceeding.

Next, you’ll see a list of sections that you can make changes to in the lower left corner of the screen. Scroll down to the “People” section to create a new player.

The editor will proceed to load all the people in the game, after which you can select the option to add new data. You can add a new player, non-player, official, retired person, journalist, or agent here.

Select “player” and a new section will open up with every possible detail that you can alter. This includes sections for the player’s biodata, relationships, contracts, attributes, etc.

Take your time to look at each section and understand the information required to be filled in, and then you can proceed to create the new player.

When you’re done filling in all the information, you can close the section and proceed to add more new people to the game if you want.

Next, open up the menu in the top left corner once again and select the option to “Save editor data as”. This option should be used the first time you’re saving an edited database.

If you make more changes to the database after the initial save and you want to save your progress once again, choose the “Save editor data” option instead.

You can also merge editor data across multiple databases, but I would not recommend doing so unless you’re very familiar with the pre-game editor.

It is important to ensure that there is no conflicting data across multiple databases that can break the saved database if you try to merge them.

Note that any changes you make in the editor will only be active in a new game. When setting up the new game, you will see the option to load the custom database that you’ve saved. The screenshot above shows what that looks like.

Create A Player in Create-A-Club Mode

You can also create a new player in one of the in-game modes in Football Manager 2023. “Create-A-Club” allows you to build a club by yourself, using the base data of an existing club.

You can build your squad by replacing the club’s players with any of the players in the game (working with a squad budget limit), and you can create brand new players to add to the squad too.

From the start screen of FM23, start a new game and select the “Create-A-Club” game mode. Set up the game database as you would a regular career game, create your coach’s profile, and proceed to select the team that you want to use as the base.

When you’ve selected your team and edited the information to reflect the new club data, then you can make changes to the personnel in the squad. I created a guy named Jason Coe.

The option to create a new player can be found at the bottom of the screen, and the process from there is pretty straightforward. There are sections to edit biodata, player data, and relationships, just like the pre-game editor.

Once you’re done filling in the required data, click “OK” and you’ll see the new player pop up in the squad list.

Once you get the hang of creating a new player in FM23, you can play around with the options for creating new leagues, competitions, and teams too. It can be especially useful if none of the supposed best leagues to manage in FM23 are cutting it for you.

Now, these edits are much more detailed and require more patience, but I think it’s worth it if it means you can create an entire virtual world where squads of players you’ve dreamed up can compete against each other. 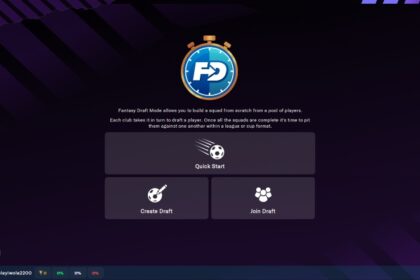 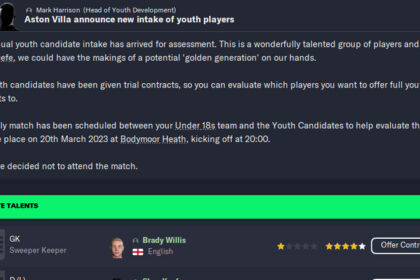 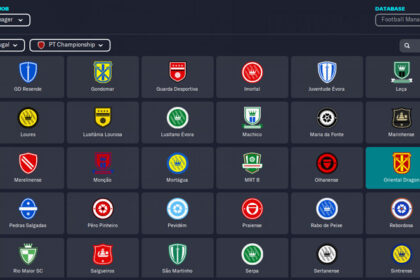 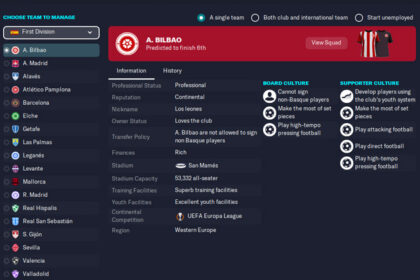 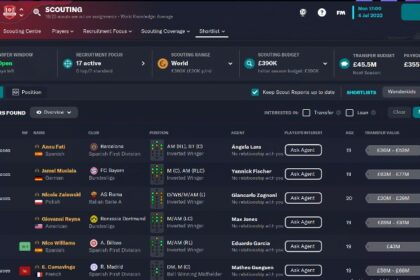 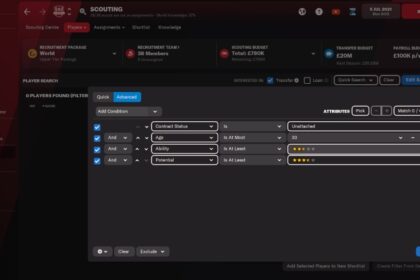