Call of Duty can be surprisingly hard.

The basics are quite simple. You point, hold the trigger, and hope for the best. However, there is so much depth in FPS games that one might get confused from time to time.

That’s exactly what happened to me until I learned the art of slide canceling; a game-breaking mechanic that your opponents are doing to you to get an advantage.

Slide canceling has been prevalent in CoD since the release of Modern Warfare, and then with Warzone and Vanguard. However, if you want to know how to slide cancel in Modern Warfare 2, things are a little different.

Whilst the methods are different, the end results are the same. There are multiple ways to pull this off, so keep reading to learn how to slide cancel in Modern Warfare 2.

The most effective way to slide cancel was to slide, aim down sight twice, and then jump. You needed specific settings to make that work. Unfortunately, for fans of slide canceling, this method was patched.

Currently, there is a way to slide cancel by reading your semtex and switching back to a weapon.

It might sound simple, but it is anything but, and it can take a long time to get your fingers used to doing it.

In theory, it seems very simple:

This will allow you to instantly have your weapon ready in your hands, but it takes a lot of practice to pull up consistently.

Please note that CoD MW2 developers do not want slide canceling to be a thing in this game. That being said, it seems that there might always be a chance that a slide cancel technique will be patched out eventually.

Why is Slide Canceling So Important in CoD?

In Call of Duty, “slide canceling” is a crucial movement technique for getting the upper hand on your adversary.

A millisecond can be the difference between winning and losing on the battlefield. Whoever has the advantage over their opponent will most likely be victorious.

This is a series with a really fast time-to-kill (TTK). When you turn a corner or run into a narrow corridor, you will often run into members of the other team, and the first one to see their enemy will usually win.

However, having a good movement technique makes a massive difference in a game that punishes you for missing a few shots; and that happens for a few reasons.

One of the reasons this is so important is the phenomenon called Peeker’s Advantage, the way servers track player movement.

Thousands of times per minute, game servers receive information whenever a player performs an action. The server then delivers it to other players. Although information travels really fast online, it isn’t instant.

What does this mean? It means if you are moving, the server needs to transmit your movements to your enemies. This means if you are fast enough, you can sometimes get to an opponent before they’ve even seen you on their screen.

Even if you do manage to see the enemy, the average reaction time for humans is 0.25 seconds for a visual stimulus and 0.17 for an audio stimulus. This means that you might take a quarter of a second to react after seeing an enemy start shooting, which is approximately twice as high as this game’s TTK.

When you slide cancel, the animations break the information that is being relayed to opponents’ servers in a way best described as ‘breaking their camera’ – what they see on screen isn’t what’s on screen at all.

On your screen, you get time to slide in and defeat your enemy. On their screen, they see you slide in but it will already be too late if you are accurate.

Combine that with becoming a fast-moving target, and you get a super effective way to expose yourself and manage to win the interaction anyway.

Have you ever missed an opponent because they dropped to the ground right when you started shooting? That can be annoying. However, it’s nothing when compared to someone who slides while shooting.

By sliding, you make it harder for the adversary to hit you, much like when you drop to the ground. On top of that, you also add movement to the equation, making not only your enemy put down their crosshead but also move it around to hit you.

Meanwhile, you will be already aiming down at them and shooting. This time you gain by forcing your adversary to correctly aim at you is the time you have to win the interaction you’d lose if you were just there standing.

The EBR-14 is a practical marksman rifle and one you ca...

Finding the best LMG in Call of Duty: Modern Warfare 2 ...

MW2 has seen many weapons resurface from previous games... 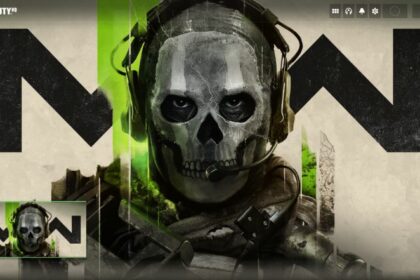 Modern Warfare 2 CDL Loadouts (That The Pros Use)

The Modern Warfare 2 CDL season is almost underway, and...