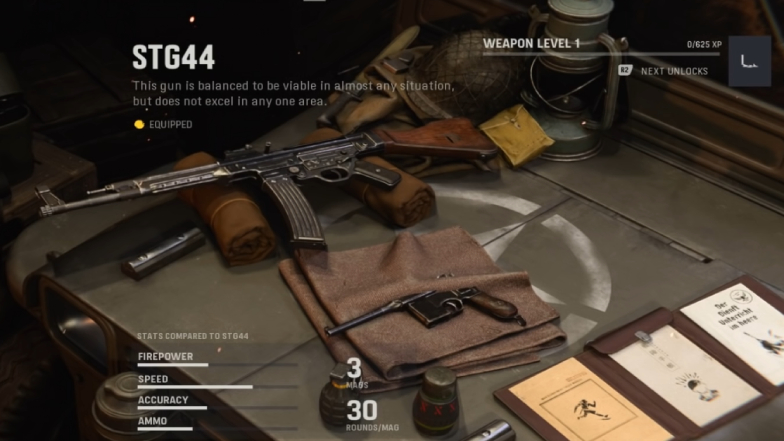 The STG44 has been a solid choice in Call of Duty: Vanguard due to being consistently good during both the alpha and the beta of this game.

Although it does have a lot of potential and famous players and streamers have frequently used it, there are specific things that make the STG44 an excellent weapon.

The good news is that the STG-44 is one of the default classes — and it has some attachments on it — so you can make use of that to level it up at the start (though you won’t be able to customize the perks).

You can try to level up quickly in Vanguard before creating your own class. Once you are able to add the needed attachments, you will find a significant number of options, and it might be a bit overwhelming at first.

Don’t worry, though. We’ll be showing you everything you need to know about the best attachments for this assault rifle.

With this guide, you’ll be able to choose the best STG44 attachments in Call of Duty: Vanguard so you can start causing serious trouble to enemy soldiers.

Here are the attachments that we think make for the best STG-44 loadout in Vanguard:

Although what is best in Call of Duty might vary depending on the meta and your own individual skills, there are certain things that most skilled players would agree to be more beneficial.

By combining specific attachments, you can sacrifice a bit of your recoil for precision, damage, and bullet speed. That will make your weapon have amazing Time To Kill long as you can aim well.

“Channels force from the weapon’s recoil to improve the performance of the internal components.”

This attachment will remove some of your horizontal control in exchange for a higher fire rate. So your accuracy might suffer slightly, but your time to kill becomes much better.

This is the sort of attachment that benefits players with a good aim since the target will be dead quickly once the trigger is pulled.

“This foregrip is balanced in a way that allows for quicker pull.”

Once again, this is an attachment that only matters if your initial burst was not accurate. You sacrifice a bit of recoil control in order to receive greater Walk Speed and Sprint-to-Fire time.

In addition to that, this is an attachment that gives you extra Aim-Down-Sight time, which means that your gun will be ready to fire with an accurate shot much quicker than without this attachment.

It is an attachment that might force you to adapt a little bit to how it changes the weapon. Still, the benefits are really noticeable once you start taking advantage of what it provides.

Following the trend, as long as your aim is good, there is a lot to gain from the .30 Russian Short Round M. It still comes with some downsides, though.

You will lose Movement Speed, Recoil Control, and Hip Fire Accuracy by going with this magazine. So you can be in trouble if your initial burst does not kill the target.

This magazine also grants a significant boost to your penetration, which can be quite valuable for hitting hidden enemies when you suspect where they’re positioned.

If the penalties seem too much for you, you might want to go with the 8MM Kurz 45 Round Drums; their “Extended magazines hold more ammunition with a slight weight increase.”

It’s just more bullets for less movement speed. It seems a fair trade, and it does not provide any Accuracy penalty whatsoever to your gun.

“These bullets fragment on impact to inflict more severe wounds and will cripple the target’s movement when fired into their legs.”

This is sort of a defensive choice for when you’re trading bullets with another player. The fact that hitting a player’s legs makes them move slowly grants you a benefit even if you aim poorly, but this ammo type does more than that.

The +2 Increased Flinch Dealt makes it harder for an enemy under fire to shoot back at you.

Having that on top of fast bullets and their reduced movement speed is clearly a good bonus. Besides, it might just guarantee that your enemies will take you full burst before being able to do anything.

Alternatively, if you don’t trust your aim too much with a build that doesn’t focus on reducing recoil, we recommend going for the Hollow Point Ammo Type since “These rounds have specially shaped tips which increase their stopping power to extremities.”

This weapon will maintain a quick time to kill if you hit the limbs of your target. However, you do not cause movement penalty or flinch with this one. It works just as well with the other recommended attachments.

Finally, another good option is going for the FMJ Rounds. According to its in game text, “a full metal jacket allows these rounds greatly increased penetration through surfaces.”

Bullet penetration is always helpful to catch those enemies behind cover. These might be specially helpful if your enemies are strategically positioned or for when you’re hunting hidden snipers.

“Soft grip that makes aiming faster at the cost of handling.”

Aim-Down-Sight speed is clearly very important in Call of Duty: Vanguard. Most of the best benefits from attachments come with a penalty to your ADS, which is why we’re going for a Rear Grip. That way, we can aim at someone quicker and mitigate any penalty we might have to our ADS.

Unfortunately, this comes in exchange for less control over the horizontal recoil. Still, if our target moves slower from being shot, it will be harder for them to leave our first burst of high-speed, high-damaging bullets anyway.

The other significant benefit from this Rear Grip is the Sprint-to-Fire Time bonus that we get from it. That will make it harder for you to be caught by surprise when running between covers.

Alternatively, if you’re all about stability, you can go for the Stippled Grip. It is an attachment that provides “Highly increased friction on the grip makes it easier to center the gun after firing.”

It grants a lot of stability and accuracy without any downside, but it is the attachment that takes the longest to unlock in this category, and it isn’t necessarily better.

Still, if you’re looking for less recoil and more control, maybe for a map where there is less running, this is a good option as well.

Kits for the STG44 do not cause a huge difference in how you play with the weapon itself. You might want to go with Reach for the extra Melee Range or with On-Hand for the extra weapon dexterity.

There really isn’t a clearly better attachment among these options, but the Fully Loaded kit is nice for the extra bullets. We’re counting on the fact that this guide will keep you alive for longer because you will be the one doing the killing.

“Training in reloading faster when under pressure.”

Your bullets will be fast, you’ll be shooting a lot, and you have the extra ammo, so let’s go with Sleight of Hand so you can reload quickly too.

“Ultralight stock speeds up weapon handling and movement at the expense of aiming stability.”

The Krausnick S11S Folding is the best option for running and gunning by far. Yes, it takes away stability, but you can overcome that with a great TTK and good aim.

In exchange, you will have a gun that is quickly ready to fire after you sprint around looking for enemy soldiers. Not only that, you will have more Movement Speed as well, which turns you into a harder target to hit.

You do not need a magnifier to use the STG44 effectively. Although you can kill enemies with a well-placed shot from afar, these attachments are much more effective when your targets are not that far from you.

The Slate Reflector will provide an effective optic that will help your precision without any downside, which works just fine for this build.

If you insist on using a barrel, we’d recommend the VDD 760MM 05B, but we’d actually say that no barrel is the best barrel for the STG-44 in Vanguard. The gun seems to perform to its highest potential when no barrel is equipped as many of the barrels offer too much of a negative trade-off for their benefits.

The VDD 760MM 05B is “a specialized barrel that improves stability and accuracy for precision targeting but takes longer to shoulder properly.”

You must be wondering why we’re choosing an attachment that provides accuracy after all those that cause less recoil control.

The fact is that this barrel option provides quite a lot of accuracy and Effective Damage Range in exchange for a minor penalty to Move Speed.

It also adds a penalty to Aim-Down-Sights time. However, the bonus from M3 Ready Grip Underbarrel is higher than this penalty.

This build might not be perfect for everyone, and it might be hard to get used to at first. However, the extra damage, movement speed, and readiness that it provides will prove quite effective during all the chaos of multiplayer matches.

With time and practice, you might want to switch a few attachments for others that work better for you. Maybe you rather have more precision and a magnifying scope, or perhaps you’re all about having a zero recoil STG-44 to use as a long range AR.

Although there is not a single correct way of using a gun in Call of Duty: Vanguard, and there are many attachments that will not be available for you depending on the weapon used, this one surely will make a difference in your Time to Kill, so give it a shot. 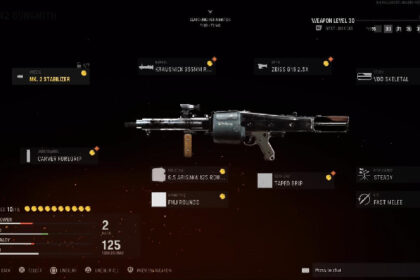 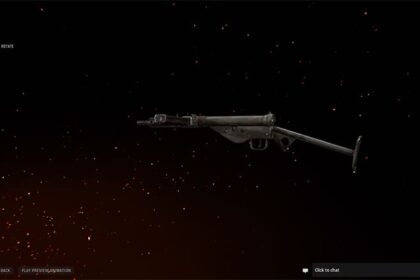 Best Rushing Class for Search and Destroy in Call of Duty: Vanguard 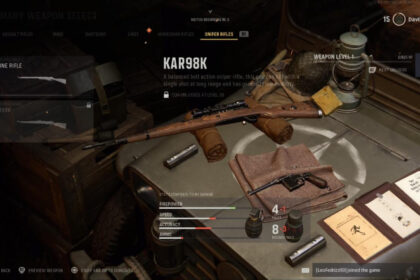 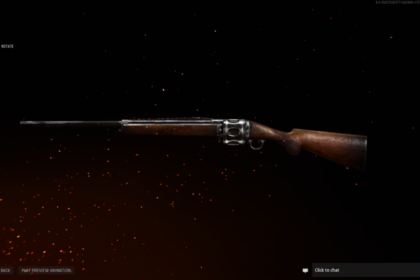 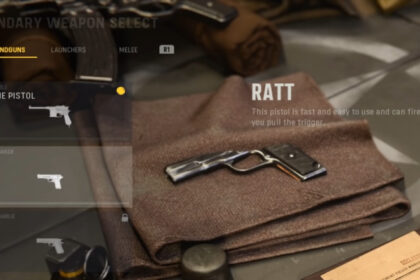 The Best Secondary Weapon in Call of Duty: Vanguard 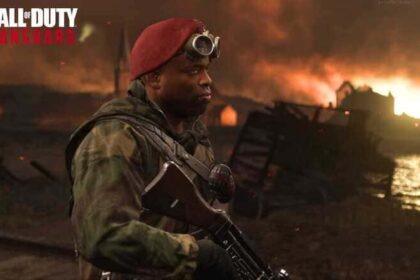 How to Level Up Faster in Call of Duty: Vanguard