New World Fishing: How to Level Up Fast (& Other Tips) 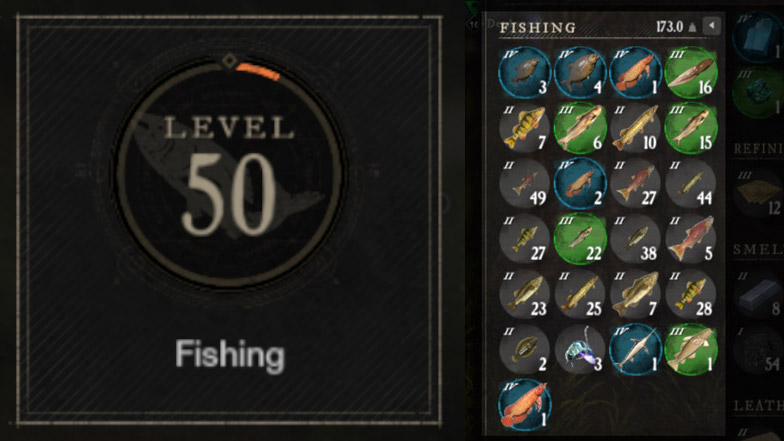 I can confidently say that I don’t think many players have spent more time fishing in New World than me so far since it’s release (note: it was released 2.5 days ago when writing this). And I can safely say that no others have fished as much as me in the Broad Fishing Hotspot whilst also tracking all of their findings into a detailed spreadsheet as they went.

As I didn’t have an existing New World fishing guide to rely on, I had to learn and figure everything out for myself in order to write this.

Note to other writers: if you use any of my findings, please credit this post. This research took me a lot of effort. Thank you.

Some of the things I had to determine were:

And much, more more.

So, if you’re looking to learn about fishing in New World and level up your fishing as quickly as possible, I’ve got a range of great tips to share with you in this guide.

Note: I will be updating this guide when I find out more — enjoy the game, I’ll be here fishing my life away. This is based on beta play in a couple of different fresh water locations, I will commit to a full overhaul of this post as soon as I can after the game is fully released.

Quick Navigation show
Where to get a fishing rod
Where to get bait
How effective is bait at catching rare fish?
Is using bait more efficient?
Fishing in New World is most efficient at deep depths
How to maximize fishing efficiency
Does size matter?
What fish can you catch in the Broad Fishing Hotspot?
How to catch rare fish more often
Summary

Where to get a fishing rod

If you go through the beginner quests at the start of the game, you’ll naturally acquire a fishing pole. That said, here’s how to get a fishing rod in New World:

If you want to get a better fishing pole in New World, we have a guide for that.

Where to get bait

You can find Firefly Bait by looking in Bulrush or Briar plants, both of which can be found surrounding the lake at the Broad Fishing Hotspot and respawn quickly. You’ll only get bait from Bulrush approximately 10% of the time, and from Briar approximately 25% of the time, so make sure you keep searching.

How effective is bait at catching rare fish?

After getting my hands on some bait, I was eager to find out just how effective it was — after all, you don’t actually need bait to fish.

The game promises an increased chance of landing rarer fish when using certain baits. With Firefly Bait, for example, you get “a large boost to chance of catching better fish in fresh water”.

But I’m a curious type — what is a large boost? How many more rare fish do you catch with bait?

I tracked everything one-by-one in my spreadsheet as I caught them.

Here’s what I found:

It doesn’t take a genius to spot that the “large boost” to catching rarer fish seems to be missing? Overall, the percentage of common fish was actually larger whilst using bait.

But rarity isn’t the only thing that can judge how ‘good’ an item is, so I also tracked how much XP I earned for every fish too. You get more XP for rarer items but you also get more XP for larger fish too, so perhaps you catch more large fish with bait?

Both of these figures account for the 10 XP you get for a successful hook on your line.

With only a difference of 0.8 XP, I can’t confidently say that you get more good fish when using bait compared to not using it.

However, there is one important thing I noticed:

Not only was I tracking fish, rarity, XP, fishing depth and more, I also timed how long it took to hook a fish when using bait compared to not using it.

Here’s what I found…

Using bait is much more efficient than not using bait.

If you’re looking to level up fishing rank in New World fast, you’ll want to use bait.

The efficiency boost you get depends on the depth you’re fishing at, but I found that using bait was significantly more efficient at hooking a fish — this is the stage after you’ve cast your fishing line out and you’re waiting for a bite.

Why such a large range? Well…

Fishing in New World is most efficient at deep depths

If you’re looking to level up fishing ranks quickly in New World then you’ll definitely want to land your line — with bait equipped — into deep water when casting it out. Please note, this excludes active hotspots.

Active hotspots are better than deep water, but assuming there are no hotspots, deep water is best.

If you can’t find any deep water (you could just go to the Broad Fishing Hotspot and fish in the spot pictured above) then your next best bet is shallow water, but if you’re looking to rank up fast then avoid very shallow water at all costs because it’s so inefficient.

I found that the average time to get a bite when using bait in deep water was around 4.5 seconds. In very shallow water, it was closer to 15 seconds. Shallow water falls somewhere in the middle.

Without using bait, these times vary between around 9 seconds on average for deep water, all the way up to around 25 seconds for a bite at very shallow depths.

So, whilst bait doesn’t appear to be great for landing rare fish right now, it’s definitely the best fishing method for fast XP in New World — and it’s best done at deep depths, too.

However, the time spent gathering bait might actually offset the time you save when fishing at deep depths, so this is something else you should consider. I’d recommend buying bait if you want to rank up in the quickest time.

To continue my attack on very shallow water, I didn’t hook a single Treasure Chest in this depth either — I caught quite a few in deep waters and a smaller number in shallow depths.

How to maximize fishing efficiency

To best most efficient when you’re fishing, cast your fishing line across the shortest distance possible so you spend less time throwing it out.

When you’re reeling the fish in, keep the indicator within the green — but make sure you’re maximizing how long you spend in the green zone. Let it close all the way and open it again as far as you can before it turns orange, and repeat.

When you’ve finished reeling the fish in, make sure to click once to skip the unhooking animation.

One thing I noticed during my experiment is that the use of bait did seem to improve the size of the fish I was catching, at least a little bit.

My chances of catching large fish was pretty similar between using bait versus not using it and I haven’t caught a large enough quantity of large fish to have any statistical significance to judge yet.

However, when it came to medium sized fish, I did catch them at a noticeably more frequent rate with bait (33% of the time) compared to not using bait (26.5% of the time).

What fish can you catch in the Broad Fishing Hotspot?

After spending so much time fishing, I’m fairly confident in saying the following list is every fish you can get in the Broad Fishing Hotspot in Windsward.

That said, I’m still using the first fishing line that Master Fisher Michael Shield gives you because I wanted to keep all of my data consistent. I’ll update this at a later date if I discover this is not an exhaustive list, but for now this is the best I have:

You can also get items like Treasure Chests or a range of things you’ll probably want to discard such as anchors, soggy boots and hammers.

The annoying for me is that I spent so long fishing here because I thought this would be where to find a snail in New World, but that’s not true, it seems. Thanks to the comments of this article, I managed to find one in the next location below.

I haven’t done as much fishing in the First Light Broad Fishing Hotspot, but here’s what I managed to catch there using the basic wooden fishing pole so far:

This pretty clearly shows that you’ll catch more rare fish when fishing at deep depths, yet another reason to fish in this type of water.

If you didn’t want to read all of the above, that’s fine. Here’s the key information, summarized:

Is fishing not your thing? Check out our New World mining guide and see if that’s more up your street. 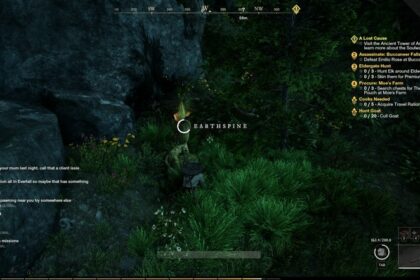 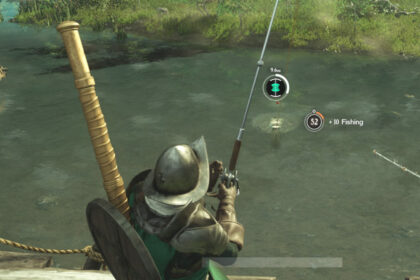 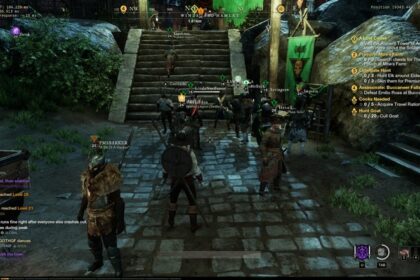 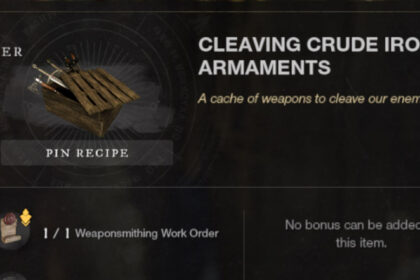 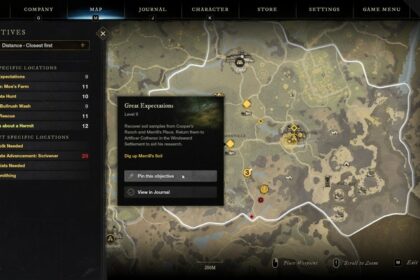 How to Track Objectives in New World 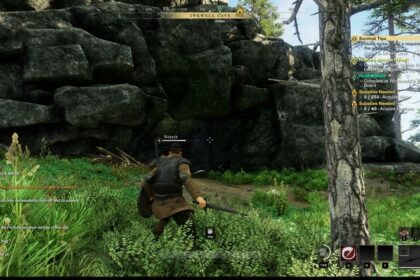