How to Get Custom Heads in Minecraft

Heads are a type of decorative item that can be obtained as part of Mob or Player Loot. They can be used as a creative way to decorate your bases, but also can be used in recipes or be worn by the player.

Player Heads are widely used in building and decorating, especially in detailed builds and servers, because Player Heads can be customized to look like different things depending on your decoration needs.

Luckily, you do not need to make a bunch of skins with your friends and then kill them a bunch of times in order to get the Heads.

There are different ways to get Player heads in Minecraft, including your own.

There is a total of 6 different Heads you can obtain in Vanilla Minecraft, without the use of Commands, Addons or Plugins.

The most common ones are Mob Heads that can be obtained by killing a Zombie, Skeleton, or Creeper. These are Mobs we interact with all the time and kill often. There is a a 2% chance of a Mob dropping its Head on death.

If you find the End City and End Ship there’s a chance of finding an End Dragon Head.

All of these Heads can be obtained either by killing their respective Mobs, with Looting Enchantments making it a bit easier, or by using commands.

Any Head you get a hold of you can wear on your character as a Helmet, similarly to wearing a Jack O’ Lantern as an accessory.

If you wear a Zombie, Creeper, or Skeleton Head the range at which the respective Mobs can detect you at is reduced by 50%. This way you can disguise yourself and sneak past without fighting.

In Bedrock Edition if you wear any Head or a Pumpkin on your head you will become invisible on all Locator Maps for other Players, allowing you to remain hidden in a multiplayer Realm or Server.

How to Obtain Player Heads

Player Heads, unlike Mob heads, can only be obtained through commands and the Command Block.

You will firstly have to spawn in a Command Block along with an item to power it, like a Button, Redstone Torch, or Lever. In order to get the Command Block you have to use the following command:

Place down your Command Block and right click on it. You will be given a text box where you will be writing down the following command:

In the image below you can see an example of the command with a Custom Head username.

The @s refers to the person who is doing this command, in this case yourself. You can change this if needed so that it gives the Head to either all players (@a) or the nearest other Player (@p).

SkullOwner helps us define where this head is coming from by inputting their username. The good thing about this command is that the Player does not need to be in the server or logged into the game for you to be able to obtain their head.

How to Obtain Custom Heads

There is the possibility of making the Player Head spawn with the skin the Player has. That means, your own custom face will be on that particular spawned Player Head.

Because these Heads can be placed down and used decoratively, many Players decided to get creative. Making skins where the head of their character resembled a particular everyday item allowed them to have this kind of decoration.

An example is a present or small Pumpkin or a loaf of bread. These are referred to as Custom Heads.

All you need in order to get these Heads is to change your skin or find the username of a player that has the type of head you are looking for and place it in the world.

Even if you or the Player from who you took the skin changes their skin later on down the line, the Head will remain unchanged.

Server Plugins and Mods make this a little easier, allowing you to simply download and install the app once. They give you access to all kinds of custom heads, however they will not be customizable like taking skins directly from the internet.

Marc Watson is a notable Minecraft player that decided to use the Custom Heads mechanic to its full potential.

He created multiple accounts and on each one of them he created a different custom skin so that the Head provides a different decorative item. In his set he included both Mob Heads that aren’t available in Vanilla Minecraft, but also items like presents, tiny Pumpkins and Watermelons and other.

These accounts and Heads are still available and can be found online. Watson named each account according to the Head it has so it is easier to find.

How to Make a Mushroom Farm in Minecraft

How to Copy a Book in Minecraft

How to Make a Ship in Minecraft

How to Dupe Items in Minecraft

How to Make a TNT Launcher in Minecraft 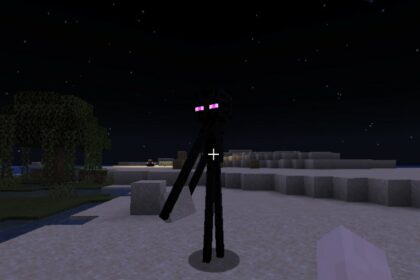 How to Turn Off Mob Griefing in Minecraft