The Best Place to Cut Oak Trees in OSRS 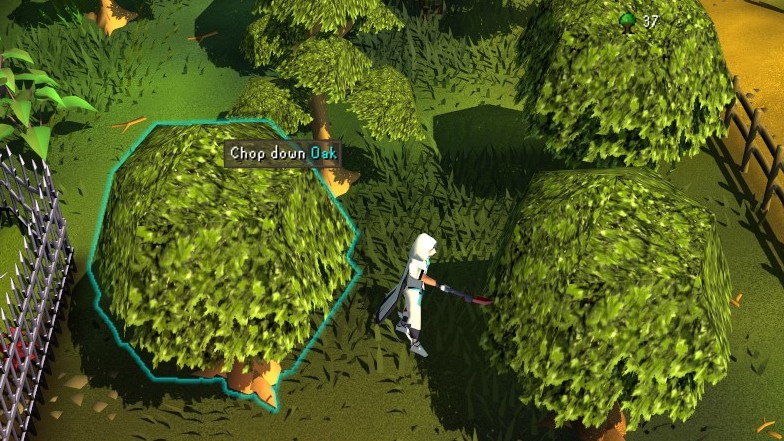 Oak trees in OSRS are a fairly common Woodcutting training method requiring 15 Woodcutting. Players cut these trees for early and mid-level Woodcutting experience, and to gather oak logs as a resource.

The oak logs gathered can be turned into oak planks for Construction at a sawmill, or fletched into shortbows, longbows, or arrow shafts. Alternatively, players can turn them into oak stocks for the blurite crossbow using the Fletching skill as well.

Of course, there is a huge abundance of oak trees in various locations throughout the game. Some of these locations are better for experience and gathering than others, based on number of trees and proximity to a bank. In this guide, I will provide the best place to cut oak trees in OSRS.

To start off, let’s talk about a few of the best places to cut oak trees in OSRS for free players. One of these places is directly southwest of Varrock’s west bank. There are a number of oak trees here, and their location outside the bank allows you to quickly save your logs for later use.

There’s a very similar location right outside the bank in Draynor Village, as well. A large number of oak and willow trees can be found outside, so you will not need to move locations when you reach level 30 Woodcutting and can cut willows.

However, the Draynor Village location has a few dangers to watch out for: two level 7 dark wizards, and one level 33 black knight roam the area south of the bank, and they are aggressive, meaning they will attack lower leveled players unprovoked.

Most NPCs in the game also have an aggression timer; this means they will stop being aggressive to players who spend a certain amount of time within their aggression zone. Typically, this time is 10 minutes, and the game calls this becoming tolerant to players.

The final free to play best place to cut oak trees in OSRS is the back section of the Varrock Palace, near the eastern exit to the Grand Exchange. There are a variety of trees here, and this is most notably one of the few free to play yew tree locations.

Oak trees around here are a little more spread out, and a little further away from the bank than the other two free to play locations I have described, but the Palace section makes a great alternative if the other two are crowded, which they often are.

That being said, members have increased access to the best places to cut oak trees in Old School RuneScape. The first member’s location I’ll talk about is Castle Wars, which also contains an abundance of various trees, including oak trees.

The next best place to cut oak trees in OSRS for members would be the Seer’s Village and its surrounding areas. Similar to Draynor Village for free players, Seer’s Village contains a steady progression of trees.

There are many oak, willow, maple, and yew trees in and around the Seer’s Village, so, if you are so inclined, you could train your Woodcutting from 1 to above 60 without ever leaving Seer’s Village.

There is also a bank nearby in Seer’s Village, but it’s not as close as the Varrock and Draynor Village locations I mentioned in the free to play section. Using this bank, you can save your regular, oak, willow, maple, and yew logs for Construction or Fletching, as well.

In addition to regular, oak, willow, maple, yew, magic, and redwood trees, the Woodcutting guild contains a bank, an axe shop, which is noteworthy as the only shop in the game that sells rune axes, a sawmill, and a shrine to offer any bird eggs you find while Woodcutting. Additionally, you get an invisible +7 boost to your Woodcutting level while inside.

However, the Woodcutting Guild has a few requirements that must be met before you can enter it. You need to have 60 Woodcutting, as well as at least 75% favor with Hosidius. This favor can be gathered by pushing plows until 5%, then making sulphourous fertiliser.

To get to 75% favor from 5%, you will need to make 700 sulphourous fertilisers. To get to 100% favor, which isn’t necessary but should be done anyway, you need 950. Simply make the amount required, then hand them all in at once to the clerk.

The best place to cut oak trees in OSRS is debatable. There are a number of great places for free players, such as the back of the Varroock Palce, and outside the banks in the western section of Varrock and Draynor Village.

For members, some of the best places to cut oak trees include the super accessible Castle Wars staging area, the Seer’s Village that contains an abundance of progression trees, and the Woodcutting Guild for its useful extra features. 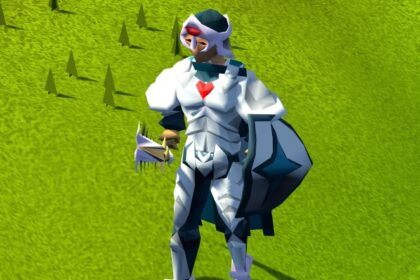 The Best Diaries to Do in OSRS 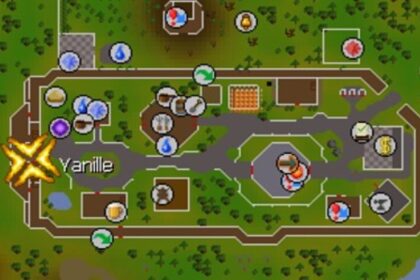 How to Get to Yanille in OSRS

How to Make Darts in OSRS 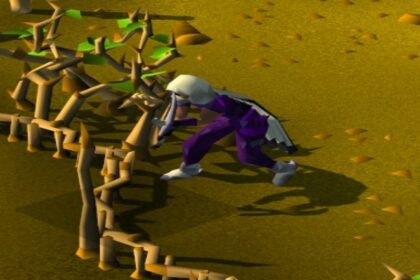 How to Get Trading Sticks in OSRS

How to Get to Brimhaven in OSRS 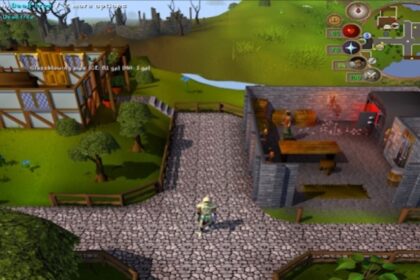 How to Get to Entrana in OSRS